SEMINO ROSSI – A CHILDHOOD IN ARGENTINA 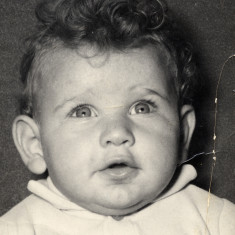 Semino Rossi was born on 29th May, 1962 in Argentina as the child of a tango singer and pianist. Semino Rossi developed a talent and a love for music from the cradle. His parents’ home was always full of music. Despite the poverty he experienced growing up, the schlager star always described his childhood as a happy time. Although they live on two different continents, Semino still retains a close emotional connection to his mother and younger brother.

On 19th March 1985, a 22 year old Semino Rossi travelled to Spain on a one-way ticket: He wanted to try his luck as a musician in Spain and delight people with his extraordinary talent. However, initially, he kept his head above the water as a street musician and with gigs in bars.

THE LONG ROAD TO SUCCESS

From Spain he quickly moved to  Austria where he was able to make a name for himself as a singer at dance competitions. He was also invited again and again to popular events where he delighted celebrities with his music. In 2001, we was selected as the ‘world champion of Latin American music’.

However, his big breakthrough didn’t come until 2004, when he grabbed people’s attention through his brilliant performances at ‘Winterfest der Volksmusik’ an in Karl Moik’s ‘Musikantenstadl’. His first album ‘Alles aus Liebe’, released in 2004, enjoyed immediate, widespread success. It went double platinum twice in both Austria and Germany respectively. Since then there has been no stopping Semino Rossi to this day, as he celebrates one success after another.

For more than 16 years, Semino has enchanted a now huge audience with his powerful mixture of dreamy romanticism and fiery passion. His concert tours always draw in the crowds, he is a popular guest on a variety of TV shows and his fan tours are also extremely successful and very well received.

To date, six of his albums have reached 1st place on the Austrian album charts, one of them also hit the top spot in Germany and all of them have gone at least gold (most have gone platinum, triple gold, double platinum or even five-times gold). He has been awarded the ECHO, the Amadeus, the Goldene Stimmgabel, the Eins der Besten, the  Goldene Henne,  the Golden Enzian twelve times in a row, he was awarded thesmago! AWARD as ‘Europe’s most versatile live entertainer’ and ‘the most successful male schlager star of the past 15 years’ and he has also received numerous other media prizes in the German speaking world.

Semino Rossi’s latest album, ‘So ist das Leben’, deals with the topic of his sometimes bumpy road through life which ultimately led to his huge success. Despite all the difficulties he has had to overcome in his life, he looks back on his experiences with a smile. “Life is always up and down. And that’s a good thing. Because staying alive means constantly moving forwards”, says Semino Rossi positively. The 2019 album was produced by Thorsten Brötzmann, who has also worked with Helene Fischer and Howard Carpendale and delighted Semino’s audiences with modern dance hits and an incomparable sense for the biggest feelings, which Semino knew how to convey with his usual sensitivity through his silky-smooth voice. Songs such as ’Das verflixte 7. Jahr’, ’Nur Du’, composed by Semino himself, which he sings as a duet with Nino de Angelo, or ’Unbeschreiblich weiblich – Umständlich männlich’, which he performed together with Rosanna Rocci, delight his fans.

Semino has been keen to share his good fortune. So he has spent years committing himself to various social projects – in particular for the most poverty stricken people in his home country of Argentina.

Children are particularly close to his heart. Thanks to the commitment of Semino and his fans, many children and young people have been provided with a roof over their heads, a good school education, healthy food and medical care. But Semino was already helping others before he became a celebrated star. Even during his childhood, Semino and his mother would take food to the people in the slums.